Last week, in anticipation of this week's meeting of the recently re-established Scarborough Cycle Forum, I was sent a copy of North Yorkshire County Council's bid to the Department for Transport entitled "North Yorkshire Sustainable Travel Towns - Scarborough and Harrogate".

In the modern fashion, the central government department invites local authorities to enter into competition with one another for limited funding, in this case it's for revenue money to carry projects through from one government funding scheme to another. (i.e one stream is stopping before the other gets started). Because it's revenue funding it can't actually be spent on any solid infrastructure.

Now in our area we're what's known as a two tier local authority. There's the local Borough Council which deals with some local matters like planning and bin collection and a much larger County Council which covers things like Highways, Social Services and Education. The County spends about 5 times as much per head as the Borough. In some parts of the Borough there's actually a third local authority, the North York Moors National Park, but I'll stop now before it gets overcomplicated.

The Cycle Forum meeting duly went ahead at the County Council's Highways office in Whitby so that it would be easier for the County Council to attend but, whilst the local highways manager attended, he wasn't able to enlighten us about this particular bid so we had to go with what we'd read ourselves.

In short, the document began well enough. The preamble highlighted the particular challenges facing these two very different towns (one is much wealthier and closer to the County's seat of power in Northallerton than the other) and in particular noted that Scarborough had very little infrastructure dedicated to cycling; unlike Harrogate which has a pretty extensive set of fully signposted cycle routes.

A couple of years ago a web site (Open Harrogate) was launched giving practical information about sustainable travel option in Harrogate. As noted in the bid this received an initial flurry of hits but this has since declined to roughly 17 visits per day. No evidence is presented in the bid of this project having so far put more people on bikes. A key part of the bid is not only to improve publicity for this web site but also to create a similar one for Scarborough.

I felt obliged to point out that all the "Open Scarborough" web site could do would be to draw attention to the paucity of provision. The map of cycle routes would essentially be a single line showing the Cinder Track, perhaps with an offshoot for the start of the North York Moors route "Moors to Sea" and the odd on road cycle lane. Producing the web site before having the provision would very definitely be putting the cart before the horse.

The second part of the bid was to employ someone to develop a cycle strategy for Scarborough. You'll have to forgive the dive into history at this point.

Back in the late 1990's, in order to get funding from the Department for Transport for a Park and Ride scheme, the Borough was obliged to set up a Cycle Forum and develop a Cycle Strategy. At this time the Borough acted as agents of the County Council for highways matters in urban Scarborough and so in producing a strategy for the town they were, in effect, producing a strategy for the County Council. This was duly done and the schemes it threw up were then considered by the County Council. We were informed by the then Scarborough Highways manager that the County had assessed all the schemes according to various criteria each with different weightings to give each of them a score out of 100 "to two decimal places". At this point the numerate people in the room began to giggle. In effect, to save their backs from perhaps making the wrong decision, they'd simply avoided making the decision and instead adopted a decision making procedure. As a result there's now some rapidly wearing out paint on the road between the town centre and North Bay.

In 2003 Scarborough was declared to be a Renaissance Town (yet another funding scheme this time through the then Regional Development Agency) and as part of this I started an Action Group focussed on Active Transport (Walking and Cycling). Since the work this Group was doing overlapped strongly with the Cycle Forum we were asked if we'd take on the Forum's role. We said "yes, as long as we get some administrative support". As you can guess, the administrative support practically vanished, but we did continue to develop the strategy, we did produce maps and priorities and we did do it all with the semi active engagement of the Borough Council who were still, at that point, agents of the County Council.

Then, a few years later the agency area was returned to the County Council who quickly held a public meeting in the Library to get an overview of the local highways issues, including walking and cycling. The priorities expressed in that meeting were exactly the same as those that came out of the Cycle Forum. Improvements to the urban section of the Cinder Track and safe routes down the Seamer Road corridor.

So, we don't need a new Cycle Strategy we just need to get together to affirm the existing one.

But, I'm pleased that the County Council in this bid explicitly mentions the importance of the Cinder Track. In the past they've been asked if they'd be part of the Cinder Track Management Team (which includes the Borough, the National Park, the Groundwork Trust, the Friends of the Old Railway and it's Whitby equivalent Gateway, Sustrans and others) on the grounds that it was part of the local transport network but declined saying that since it's only a permissive right of way it wasn't anything to do with them.

Finally, the bid makes the contemporary effort to squeeze numbers where they won't really go, and where I really don't want to get into detailed criticism of the models and/or the assumptions, except to say that the predicted ratio if benefit:cost is a mere 1.9. Probably far too little to get the funding and no where near the up to 35:1 that other schemes have been able to reach. 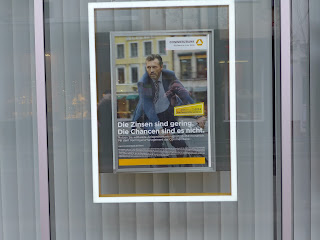 f.y.i. The Cinder Track is the name given to the old railway that runs from Whitby to Scarborough. In urban Scarborough it runs up through the main northern residential areas and connects 3 schools and 4 play spaces. Far more people use it than, for example, the Nidd Valley route in Harrogate, but for the most part it's far too narrow and the surface is so bumpy that people on road bikes and wheelchairs avoid it.

The priority for getting people on bikes in Scarborough is obvious.