You always know that well loved pets will die. The median age for whippets is just under 13 so at least Poppy lived longer than might have been expected. In spring this year she almost lost her ability to walk and we came to terms with the idea that she didn't have long left. But she still wanted to eat, still wagged her tail when we came in and recovered enough to be able to get up and down the stairs, jump on the furniture and take us out for modest walks. Then, about 5 weeks ago she practically stopped eating. So, rather than let her starve herself to death, we decided to help her on her way. 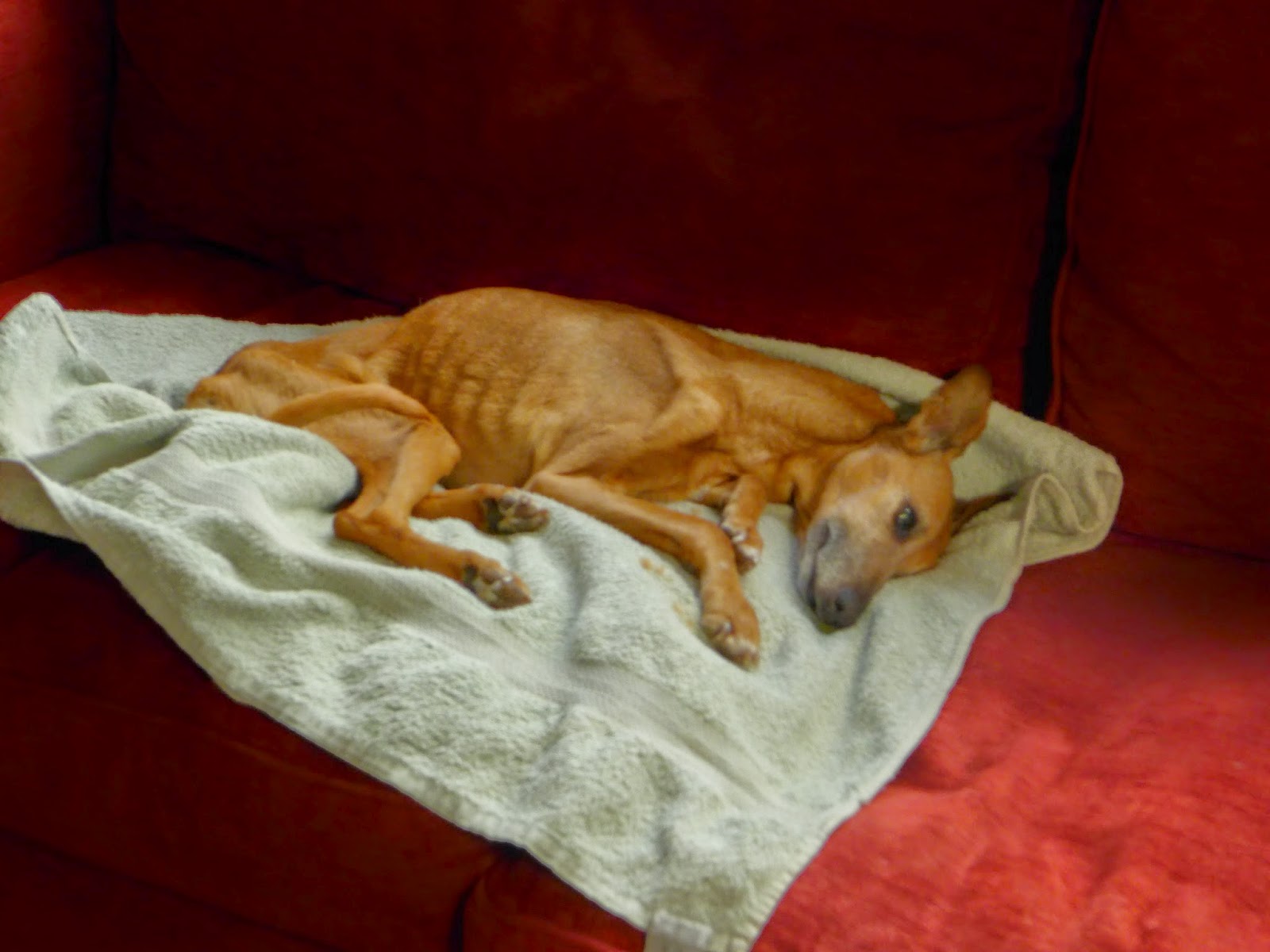 Just down the coast from us in Filey the old county boundary between the East and the North Ridings of Yorkshire used to run down a valley that ends up near the Coble landing (the place where fishing boats are hauled up off the beach). The town is on the south side of this valley and the parish church on the north. So the euphemism for a death used to be "He's gone tut North Riding". Poppy has now gone up the garden and is buried among the fruit trees.

Over the past two weeks my memories of her have drifted back in time from the wasted figure she became to the lithe friendly bundle of muscle that she once was. We got her from the family of one of my youngest son's friends when she was about 6 months old - "Can we have Sarah's dog, I'll take her for walks?" - and when she was little they'd point her at people on the beach 200-300m away and let her go. She'd  then hurtle off towards them and, before she learnt to make a last minute step to one side, often collide with her target. Racing whippets cover 120 yards in a little under 7 seconds so she wasn't only much faster than Usain Bolt but faster than any human that's ever lived.

Last week I was out riding my old friend John's bike up on the North York Moors (John used to own Walton Street Cycles in Oxford and when he died in 2010 left me a bike in his will that I still think of as his) and recalled the time I'd tried to see how fast Poppy could run by getting her to run alongside me as I rode as fast as I could along a wide section of the Cinder Track. No matter how fast I went, there she'd be running alongside; not looking where she was going but instead looking up at me. As I remembered this it felt like I was riding with ghosts.