About 10 years ago Scarborough was declared a Renaissance Town. This was  a national initiative to improve the quality of our urban infrastructure so that the towns and cities involved would become more attractive places in which to live, work and set up business. The process was sponsored by the then regional development agency, Yorkshire Forward, and was managed by a locally appointed Town Team supported by a variety of action groups. With the assistance of a Dutch urban design company, West 8, a visionary masterplan, Kissing Sleeping Beauty, was eventually drawn up and some of the proposals eventually came to fruition.

My part in all this was to set up an action group that looked at how we could improve the town for walking and cycling. Amongst the traditional establishment this was not seen as a major concern but I knew that one of the inspirational figures behind the whole renaissance process, the architect Richard Rogers, had identified a major failing with British towns and cities in that they'd allowed themselves to become dominated by cars and were no longer comfortable places to either walk or cycle.

Determined not just to be a talking shop but to see actual progress on the ground we managed to get one or two things done and, in particular, set up a Friends Group to develop the old Scarborough to Whitby railway line as safe route for walkers and cyclists. 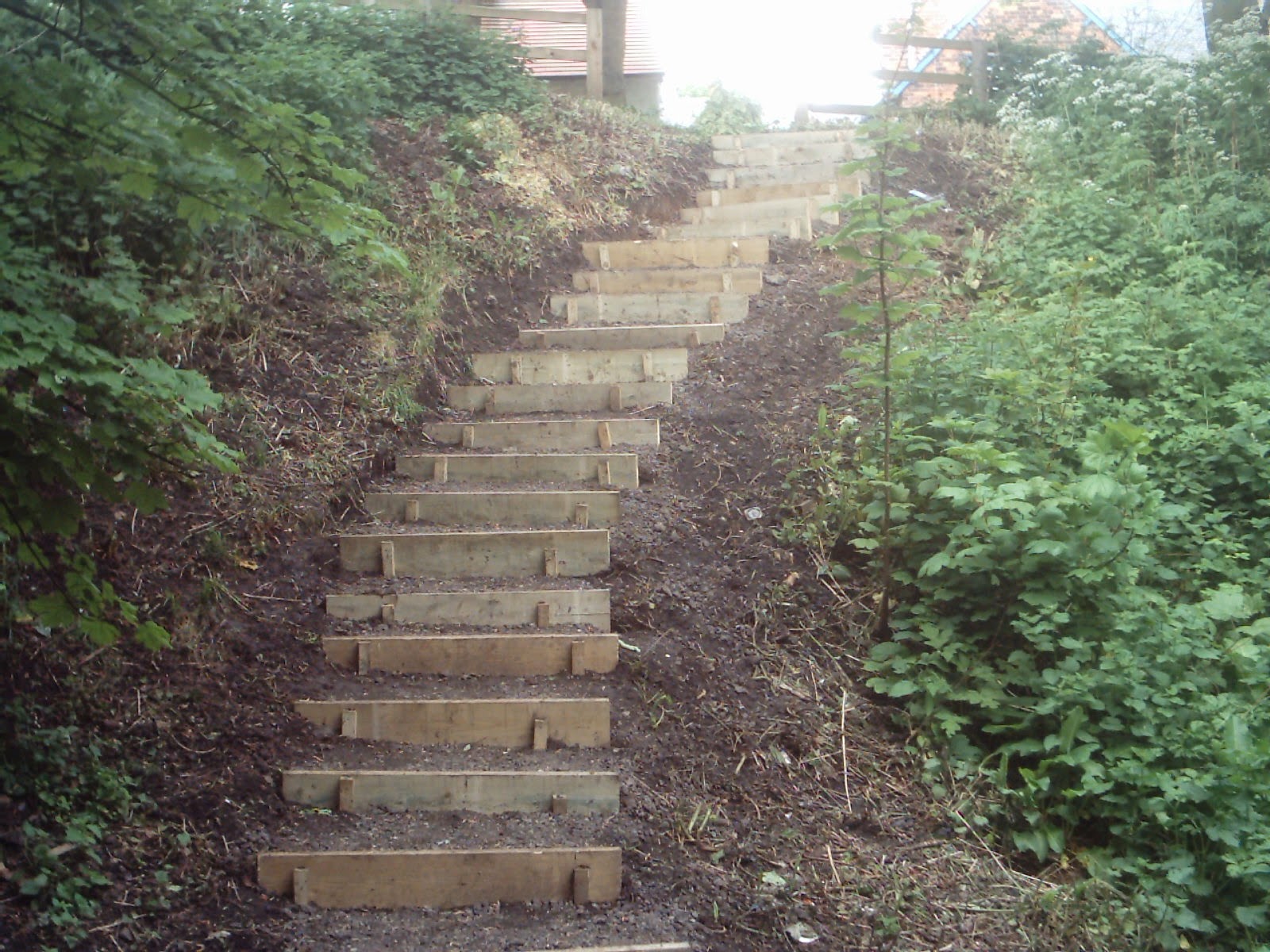 Since then we've managed to make other access points, put in bins, benches and picnic tables, produce a leaflet for the track that's now been reproduced over 40,000 times etc.etc. but we still haven't managed to get the track up to the standard that we'd like. See Smooth enough for buggies and wheelchairs.

However, I was recently approached by a local artist, Joy Lomas, who has an exhibition coming up this autumn that is themed around the town's urban renaissance. Included in this will be a picture of the Cinder Track and I've been invited to write 150 words to go with it. Here they are

According to Lord Rogers, who inspired Urban Renaissance, British towns and cities had become dominated by traffic and needed to become more comfortable for walking and cycling. The old railway line from Scarborough to Whitby (The Cinder Track) runs through the northern part of Scarborough and provides a perfect alternative route for those who choose to get about under their own steam. Used for over half a million trips a year, our aim has been to improve access to the track, and its quality; so that it's smooth enough for buggies and wheelchairs and wide enough to get past two people walking together..

By encouraging people to incorporate modest amounts of physical activity into their everyday lives, we not only improve their physical and mental health but also reduce social isolation and, if it gets them out of their cars, cut pollution, noise and congestion at the same time.

The Friends of the Old Railway logo
Town, sea and moors
Courtesy of Colin Foster